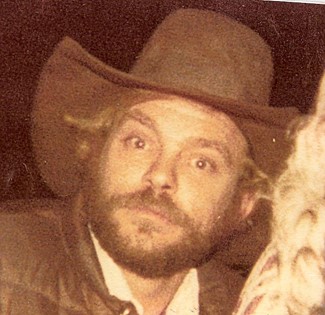 Guestbook 4
Sam Harris, 68, formerly of Riverton, died on Friday, June 17, 2016, in Orting, WA. A memorial service will be held on Monday, July 11, 2016, at 10:00 am at Davis Funeral Home. Inurnment will follow at Mountain View Cemetery with full military honors.

Sam Gene Harris was born on September 2, 1947 in Scottsbluff, NE to Tomio and Naomi E. (Wright) Morioka. He grew up in Wyoming where he graduated high school.

He entered the U.S. Army on August 28, 1967 and was honorably discharged on August 12, 1976. He served in the Vietnam War earning many honors, among them the Bronze Star Medal, Vietnam Cross of Gallantry, and Army Commendation Medal.

He was a lifetime member of the Riverton Veteran of Foreign Wars Post #3628.

After leaving the service he lived in Dubois before moving to San Bernardino, CA where he lived for seven years. He then returned to Riverton and lived there for three years before having a stroke and being moved to the Washington State Soldiers Home in Orting, WA.

He worked driving commercial trucks out of San Bernardino, CA for quite a while. He achieved the Million Miles of safe driving award from a company by the name of T.R.L. in 2002. After returning to Riverton, he worked in the service department at Walmart until his health forced him to quit.

He loved working on his house and yard they were his pride and joy. He also worked on cars and helped his son build a Mustang from top to bottom. Above all he loved his family they were his top priority. He had the fondest memories of fishing with his parents especially around Dubois. He traveled to or with his brother, sister or children to spend quality time with them making memories.

He was preceded in death by his parents, Tom and Naomi Morioka and his grandson, Tucker Harris.