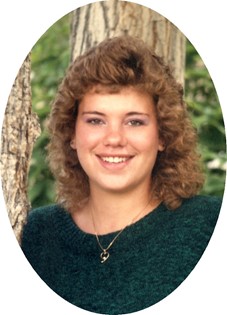 Funeral services will be 2 p.m., Wednesday, July 20, 2016 at the Davis Funeral Home. Cremation will follow the service with inurnment at Mountain View Cemetery at a later date.

Shannon Renae was born August 25, 1970 in Sioux Falls, South Dakota to Michael Hugh Indorf and Geraldine R. (Peterson) Johnson. She lived in Sioux Falls till 6yrs of age moving to Salt Lake City, Utah attending kindergarten through second grade. Shannon’s true home was Riverton, Wyoming living there from 1979 to 2006 graduating with the class of 1988. She earned her CNA license from the nursing program at Central Wyoming College.

She married Gary L. Baumann on August 16, 1997 in Riverton. She was of the Catholic Faith and was very proud of her Nez Perce Indian heritage she inherited from her paternal grandparents.

Shannon had multiple jobs growing up in Riverton. She was a bus driver for Fremont County School District #25 and worked as a bookkeeper at the Sundowner Motel.

Her family said she loved reading, driving school bus and being with her kids and grandchildren.

Memorials may be made to Wounded Warriors Fund in care of the Davis Funeral Home, 2203 W. Main Street, Riverton, WY 82501.