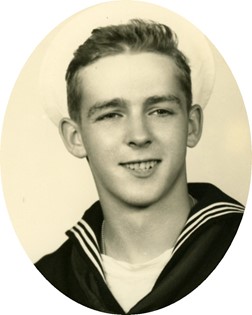 Mr. Williams died with his daughter Chandra by his side in the early hours of July 30, 2016 at his home in Riverton.

He was born September 25, 1937 in Pennsylvania, son of Edgar and Gladys (Cooper) Williams.

He graduated high school in Elizabeth, PA and immediately enlisted in the United States Navy. He served 3 tours during the Vietnam War before he was honorably discharged in 1969.

On December 28, 1960, he married Darla Rae Wolfe in Elizabeth, PA. As soon as the couple were married, they moved to Wyoming because Buck got a job in the Gas Hills. They remained in Wyoming the rest of their lives. Buck worked at the mill at Lucky Mc and worked as an off road tire technician for Federal Partners. He also drove truck for BTI, Osborne Trucking, Lock Trucking and owned and operated his own Trucking Company.

Dave enjoyed building guns and trains. He enjoyed rebuilding and repairing old cars and other automobiles.

Mr. Williams was a member of the Muzzle Loaders Club and the VFW.

Survivors include his sons, Randy and wife, Martha Williams of Phoenix, AZ and David and wife, Carrie Williams of Riverton, WY; his daughter, Chandra and her husband, Mitch Cady of AZ; his six grandchildren, Eric, Kyle, Terra, Tyrel, Cody, and Randi; 7 great grandchildren; his brother, Jim and his wife Ginger Williams of PA; brothers-in-law, Edward and wife Anne Wolfe and Kenneth and wife, Sandy Wolfe; his sister-in-law, Sharon and husband, Van Freer.

He was preceded in death by his wife, Darla Williams on October 22, 2014; parents, his daughter, Kathleen Williams; brothers-in-law, Fredrick and Bernard Wolfe.