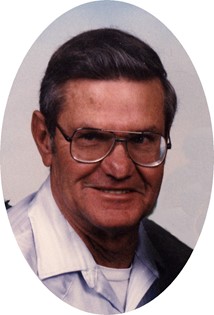 Cremation will take place and inurnment will be at the family gravesite at Milford at a later date.

Bruce grew up in Green River, Wyoming and served in the U.S. Air Force being Honorably Discharged in December of 1960 as an airplane mechanic. He attended trade school on the G.I. Bill in Ogden, Utah for welding. In 1961 he moved to Jeffrey City, Wyoming where he worked in the mines. He served with the Jeffrey City Fire Department for many years reaching the rank of Lieutenant.

On November 16, 1967 he married Linda Willcox, the love of his life, in Dubois, Wyoming. Bruce worked eight years as a Lineman for the REA. In 1983 they moved to Powell, Wyoming where he worked as a Lineman until his retirement in January of 2000. After his retirement, the couple moved to Riverton.

His family said he enjoyed hunting, fishing, camping, and most of all blazing new roads with a jeep, pickup, and four-wheeler. His wife and kids were the most important part of his life. He cared for all his family and also those he embraced as his own.

He was a member of the VFW and the American Legion.