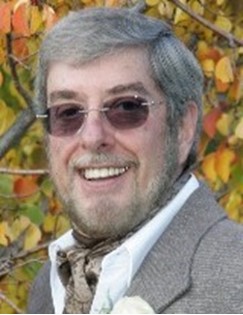 Guestbook 14
Dr. William Brohm of Riverton died Wed., Sept. 7, 2016, at his home after a short illness. He was 79 years old. No services will be held per his and his family’s wishes. His body has been cremated and his ashes will be scattered in Wyoming, his beloved home.

William Bates Brohm was born on April 3, 1937 to William Lewis and Evelyn Woodford (Bates) Brohm in Punxsutawney, PA. He attended the Punxsutawney public schools and then graduated from Denison University in Granville, OH with a Bachelor of Science degree, and then from Temple University Medical School, Philadelphia, PA with his Doctorate in Medicine. He completed his General Surgery residency at Hartford Hospital, Hartford, CT and Springfield Hospital Medical Center, Springfield, MA. Upon completion of his residency, he was activated into the US Army Medical Corps and was stationed at Ft. Huachuca, AZ, spent one year in S. Vietnam at the 95th Evacuation Hospital in DaNang, and finished his active duty at Valley Forge General Hospital, Phoenixville, PA.

In 1972 Dr. Brohm moved to Riverton, WY to begin his private practice of General Surgery. He was the first board certified surgeon in Fremont County. For the next 30 years he provided a myriad of surgeries and followup care for the residents of the city and county, retiring in 2002.

Dr. Brohm married Jean Bischoff in 1961 in Deerfield, IL and to this union were born three sons, Chance, Jason, and Luke. They later divorced. In 2004 Dr. Brohm and Chestine Kurth were married at their rural home of Riverton.

Dr. Brohm, or Dr. Bill as he was known to his younger patients, was always 100% committed to his surgical practice and the care of his patients, but when he had some time off, he loved hunting, fishing, hiking and camping in the Wind River Mountains. He many times expressed the beauty and peace he found in the mountain wilderness. In his retirement he continued his staunch support of the Pittsburgh Steelers, drove his fast sports cars, and spoiled the last of his generations of Australian Shepherd dogs

He was preceded in death by his parents, his ex-wife, Jean, and his son, Luke. He is survived by his wife, Chestine of the home, his sons Chance of San Francisco, Jason of Denver, and his dogs Pretty and Shadow.

Memorials may be made to the Friends of Hospice Frontier, Paws Animal Shelter, or any charity of the donor’s choice in care of Davis Funeral Home, 2203 W. Main Street, Riverton, WY 82501.