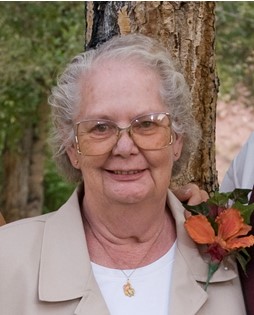 Ellen Mattie Rush was born on April 2, 1939 in Gillette, WY to Earl and Marie (Moon) Rush. She and her siblings were raised in Hulett. She lived most of her life in Riverton.

She married Lee Roy Thompson and from that union three children were born, Iva, Earland and David. She then married William “Bill” Burl Payne in Las Vegas, NV on April 15, 1981. They were married for 34 years before his passing in October of 2015.

She belonged to the Riverton Eagles organization for over 30 years.

She was a cook at different restaurants including, Valley View, Broker Restaurant, Trailhead and the Eagles.

She enjoyed crocheting, fishing with her son in his boat, and loved to ride horses.

She was preceded in death by her parents Earl and Marie Rush; son, David Thompson; sister, Sylvia Wegner; and husband, Bill Payne.

Donations may be made to the family in care of Davis Funeral Home, 2203 West Main Street, Riverton, WY 82501.