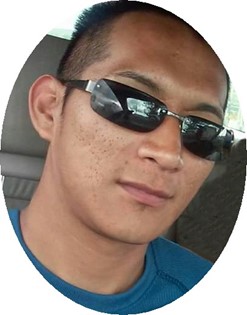 Lyle James Ute was born on May 24, 1990 in Riverton, WY to Lyle “Bim” Frank Ute, Jr. and the late on the Almeta June Monroe. He grew up on the Wind River Indian Reservation and attending elementary school at Fort Washakie and Arapahoe Charter High School.

He was baptized into the Catholic faith. He attended Native American ceremonies also and helped with the SunDances.

He worked Idaho Falls, ID as a manager at Carl’s Jr. before moving to Orin, UT where he was a cook and assistant manager for two years with Carl’s Jr. he then came back home and worked at Mr. D’s as a prep cook.

He enjoyed writing poems, drawing pictures, and going to the casino. Most of all he loved spending time with his family and friends, especially his adopted son, Antyn Bell as well as all of his nephews.