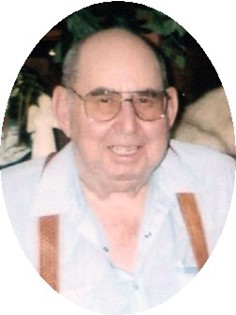 Guestbook 1
Norman P. Brenzel, 87 of Dubois died at his home on Saturday, October 22, 2016. A memorial service will be held at a later date.

Norman Phillip Brenzel was born on September 13, 1929 in Livermore, CA to Constantine and Evelyn Marie (Laughlin) Brenzel. He was raised in Livermore and graduated high school from there.

After graduation he joined the U.S. Air Force and served in the Korean War from 1950 to 1954. He was an air evacuation pilot. He was honorable discharged and returned to California.

He was a member of the Presbyterian faith.

On August 13, 1956 he married his wife, Agnes M. Moomau in Reno. NV. They were married 60 years but had known each other since they were 12 years old. Together they had one son, Doug.

He was an active member of the V.F.W.

He enjoyed hunting, fishing, camping, and working on cars. He had a wonderful sense of humor and loved traveling with his wife.

He is survived by his wife, Agnes Brenzel of Dubois; son, Doug Brenzel and his wife Barbara of Livermore, CA; niece Susan Lee and her husband, Rick of Dubois; and nephew, Michael Armstrong of CA.

He was preceded in death by his parents, Constantine and Evelyn Brenzel and sister, Betty Armstrong.