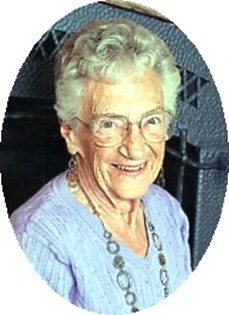 Guestbook 6
Charlotte McKenzie, 87, of Riverton died at her home on Tuesday, October 25, 2016. A memorial service will be held at 11:00 am on Saturday, October 29, 2016, at the Davis Funeral Home of Riverton. Committal rites will be by the Order of the Eastern Star and the V.F. W. Auxiliary.

Charlotte I. McKenzie was born on July 5, 1929 in Black Hawk County, IA to Pearl and Ida (Robbins) Burkhardt. She graduated from Janesville High School.

She lived in Wyoming with her first husband and two children for 17 years. She then lived in the South with her second husband before losing him after seventeen years, to cancer in Arizona. She then returned to Wyoming to be close to her family. In 1982 she married Mac McKenzie, who preceded her in death on September 11, 2004.

She enjoyed sky diving, parachuting, gardening, 4-wheeling, and traveling. One of her favorite trips was to Costa Rica where she rode mules and mined for gold in the Peninsula De Osa Jungles. She was a people’s person and never met a stranger. She said her goal in life was putting a smile on someone’s face every day and she succeeded.

She was a life time member of the Order of Eastern Star where she was a Past Matron, Past Grand Representative and active in the Nile. She was also a member of the V.F.W., D.A.V., Marine Corp., and Eagles Auxiliary.

She was preceded in death by her parents, Pearl and Ida Burkhardt; brothers, W.P. Burkey and Gordon Burkhardt; and sisters, Sylvia Hagar and Eileen Stumme; brother-in-law’s Bud Hargar and Troy Phelan; and sister-in-law, Carol Burkhardt.

In lieu of flowers memorials may be made to Shriners Children’s Hospital or the Semper Fi Fund in care of Davis Funeral Home, 2203 West Main Street, Riverton, WY 82501.