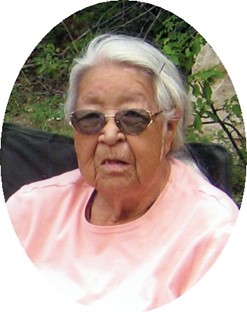 Laura Maria Spoonhunter was born on December 19, 1935 in Arapahoe, WY to Ward and Margaret (Gambler) Spoonhunter. She was given her Indian Name of Neitoowuunebei’ meaning First Women Singing. She grew up in the Arapahoe area where she spent her life except for her schooling. She attended St. Labre Indian High School in Montana and then went to college in Kansas City, Missouri where she studied nursing and received her LPN.

She was baptized into the Catholic Faith and also practiced the Arapaho Ways.

She worked at both the Riverton and Lander Hospitals over the years. She then became an active part of the Arapaho Immersion Program where the youth are taught the Arapaho language and encouraged to use it on a daily bases.