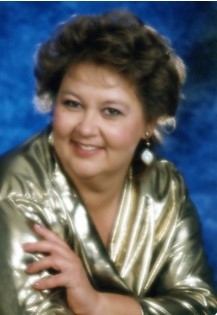 On July 18, 1998 she married Fred Mihelich at Sinks Canyon, Lander, WY. They lived in Riverton for the last 20 years with their two daughters.

She worked at the Wyoming State School, a daycare, and most recently was a loving housewife.

Donna enjoyed spending time with family and friends, fishing, and camping. Her husband said she was not only his wife, she was his friend, soulmate and mother of two beautiful girls. She was the neighborhood doctor from the smallest of the children’s boo boos to the advice of reason that is so needed in hard times.

She is survived by her husband, Fred Mihelich; daughters, Tessa Mihelich and Jenice Mihelich; brother, Scott Davis and his wife, Kimberly of Riverton; niece, Shanell Davis and her son, Michael of Sidney, MT; and loving friends, cousins, nieces and nephews.

She was preceded in death by her parents, Larry and Jenice Davis; and her grandparents, Ray and Anna Long and Everett and Katherine Davis.