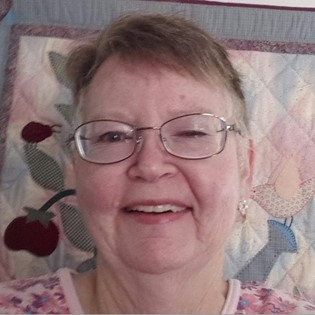 Guestbook 1
Wanda Jo Titus, 63, of Lander died on Thursday, November 10, 2016, after a lengthy illness. As were her wishes there will be no service held.

Wanda Jo Todd was born on August 15, 1953 in Lamar, TX to Kenneth Weldon and Annie Laura (Smith) Todd. She was one of three children.

She was a longtime resident of Lander having lived there for over 20 years.

She was a cook at the Lander Middle School for approximately seven years.

She was active in the Cardiac Rehabilitation Center in Lander going up to three times a week to both show support and get close to people battling some of the same issues she was facing.

She loved to quilt and made many different quilts, and reading. She loved animals especially her cat, Otis.

She is survived by her niece, Melissa Burris of Powderly, TX and her dear cat, Otis.

She was preceded in death by her parents, one brother, one sister, and her husband, Ted Titus.

Memorials may be made to the Lander Pet Connection in care of Davis Funeral Home, 2203 West Main Street, Riverton, WY 82501.