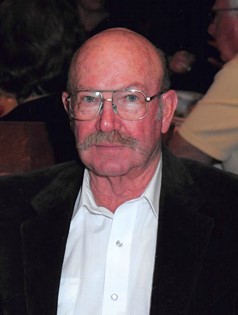 
Brad Redfern, 70, of Riverton, WY died on Wednesday, November 30, 2016 at the home of his brother and sister-in-law in Riverton, WY. A Celebration of Life will be held at 10:00 am on Friday, December 9, 2016 at Davis Funeral Home. Cremation has taken place.

William Bradford Redfern II was born to William B. and Annabelle Lucille (Martin) Redfern on November 30, 1946 in Wheatland, WY. Brad grew up in Riverton, WY and graduated from Riverton High School with the class of 1965. He attended Casper College for two years and served in the U.S. Army during the Vietnam War until August 1970 when he was honorably discharged.

Brad was a proud veteran, thus he had a strong belief of respect for America, the U.S. flag, and being a steward of this great land.

Brad was a member of the United Methodist Church in Riverton, WY.

Brad worked construction most of his life through-out Wyoming and Idaho communities. He moved back to Riverton full time in 1994 having stayed here until his death. He loved building locations for drilling rigs in the final years of his career.

His hobbies included a lifelong love of bird hunting with his many friends. Brad enjoyed collecting fine firearms, eating Betty’s Pizza, drinking fine wine, making his famous blue cheese dip, and watching his favorite Wyoming Cowboys and Denver Broncos. He loved sharing special occasions with family and friends. Brad was a life member of the NRA. Some of his favorite times included traveling with his special friend and partner, Carolyn Hunter. They took many road trips on his beautiful and loved Harley Davidson motorcycle.