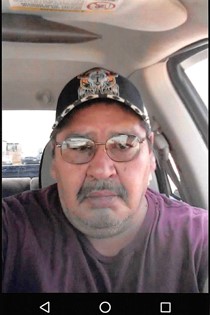 James Edward Goodman was born on November 27, 1962 in Riverton, WY to John and Donna (Brown) Goodman. He grew up on the Wind River Reservation and graduated from high school from Wyoming Indian High School. He later attended Casper College and lived in Casper for approximately two years.

He worked in the oilfields most of his life, the Ramkota in Casper, delivered Meals on Wheels, Yeats Construction, and was asupervisor of housekeeping at the Wind River Casino.

He enjoyed playing bingo, going to the casinos, watching basketball games, watching the Denver Bronco’s play, spending time with his grandchildren, and joking with family and friends. He always had a nick name for everyone he met.