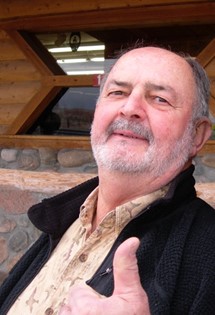 Guestbook 5
Charles “Chuck” Wojcieszak, 75, of Riverton, died on Wednesday, November 9, 2016, at the Billings Clinic Hospital in Billings, MT. As were his wishes, there will be no funeral.

As a good friend said upon hearing he died… “He was a man’s man.”

Charles Michael Wojcieszak was born on September 6, 1941 in Morgan Hill, CA to Leo H. and Velera B. Rouse. He attended school in Morgan Hill, CA. After graduating high school he attended the University of California in Long Beach, earning his Bachelor’s Degree in Criminology.

Chuck always said his best job was as a gas station attendant, as he met Judy Lynn Beers, his future wife there. On February 20, 1965 they married in Fullerton, CA, and together they had three children.

Chuck served as an Intelligence Officer in the U.S. Army. He excelled as a police officer in Fullerton, CA, and then became an F.B.I. Special Agent, working in Dallas, Denver, and finally Riverton. When the FBI requested he transfer to a metropolitan station, he knew Riverton was his family’s home. Instead of moving, he started his own business (Investigative and Security Services).

He lived in the same house in Riverton for the last 44 years, and he spent most of a lifetime sculpting that landscape… those seedlings are now towering trees. Although his job was demanding, he made time for his hobbies, friends & family. Before you knew him, you may have found him quiet and intimidating. After you knew him, you mostly saw an easy smile, learned he was a champion for those less fortunate, and that he accepted you for who you really were- regardless of how different from him. He valued life’s simple pleasures, like scratching his Great Dane’s ears and talking with family and friends.

He appreciated the hunting lifestyle: especially chukars (a passion he shared with his son, Craig), elk, antelope, and mule deer. He usually succeeded in finding trout, walleye, grayling too, not to mention any crossword or Jeopardy solutions he set his mind to. The One Shot Antelope Hunt was very special to him. His long history there included rising through the ranks from Driver, to Guide, and eventually being honored as a Shooter.

He is survived by his son, Craig Michael Wojcieszak, daughter-in-law Stephanie Hartman, and grandson, Wyeth Charles Wojcieszak, all of Medford, MA. He was preceded in death by his parents, Leo and Velera Wojciezak; his wife, Judy; and his twin children, Richard & Christine.

Online condolences may be made to the family at www.TheDavisFuneralHome.com. Please consider a memorial donation in Chuck’s name to the Shriners Children Hospital of Salt Lake City, UT, in care of Davis Funeral Home, 2203 West Main Street, Riverton, WY 82501. He would have loved finding a last way to help people in need.