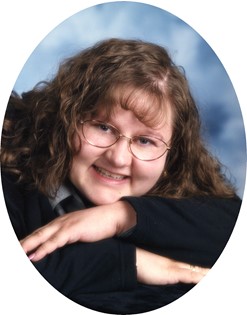 Guestbook 14
Amy Virden, 46, formally of Lander, died of natural causes at her home in Turlock, California on Saturday, December 17, 2016. Cremation has taken place and interment will be in the Lander Mount Hope Cemetery. As her requested there will be no services

She was born September 22, 1970 in Lander, Wyoming the daughter of Ed and Nita Virden.

She was raised on a ranch in Lyons Valley and was very active in 4-H, she raised beef cattle and lambs and enjoyed cooking, sewing and home improvement project. She attended national Club Congress in Chicago and enjoyed various award trips during her high school years. She was the state winner of the Teen Beef Cook off and went on to win runner up in the national contest.

She attended school in Lander and was a 1989 Graduate of Lander Valley High School. She participated in swimming and cross country skiing. She was a state officer of Future Homemakers of America for two years. She attended Junior College in Powell and studied Home Economics; she attended the University of Wyoming and earned her Bachelors and Master Degrees in Food Science.

She worked for Hudson Foods in Bentonville, Arkansas and Kerry Ingredients in Beloit, Wisconsin; she became a “California Girl” in 2000 and started her career at Foster Farms in Turlock. She was employed there at the time of her death. She was a Program Manager and oversaw a group in product research and development.

She enjoyed her job and her free time was spent doing scrapbooking, blogging, and enjoying traveling to various parts of the United States. She was drawn to children and loved entertaining the children of her friends and relatives. She cooked, played and did science projects with them. Some referred to her as “My Amy”.

She is survived by her mother, Nita Virden of Riverton and her brother, Jud Virden of Rock Springs, Wyoming, her uncle and aunt, John and Carolyn Burton of Evanston, and numerous cousins.

She was preceded in death by her father, Ed Virden, her grandparents and beloved cousins Candy Brewer and Holly Burton.

Condolences may be made to the family by mailing to 1050 Pioneer Avenue, Riverton, WY 82501.

Memorials may be made to Quilts of Valor for supplies to finish quilts in care of Davis Funeral Home, 2203 West Main Street, Riverton, WY 82501.