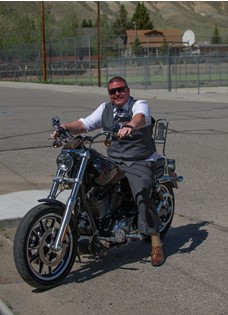 In 2011 he moved back to Dubois, WY where he worked for AD Martin Lumber and Mike Slider.

On June 18, 2016, he married Lucretia Rodriguez in Dubois, WY. They made their home in Dubois.

He enjoyed gaming, riding both dirt bikes and Harley’s, fishing, hunting, was a gun collector, and loved his dogs, Luna and Ruckus.

He is survived by his wife, Lucretia Little; mother and step-father, Beanna and Tom Campbell; father and step-mother, Scott and Naomi Little; and his sister, Latisha Little.