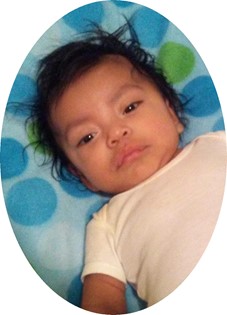 Quinn Adam Duran, Jr. was born on July 21, 2016 in Riverton to Quinn Adam Duran, and Marsha Elizabeth Blackburn. He spent his life in Primary Children’s Hospital in Salt Lake City, UT until coming home on December 15, 2016.

His family said he was a happy baby, smiled a lot, laughed, watched T.V. and liked to be held.

He was preceded in death by his grandparents, Nancy Spoonhunter and Marshall Duran.