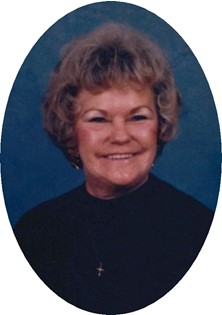 Dorothy Elizabeth Johnson was born on October 5, 1935 in Sumter, SC. To Iverson and Zettie Johnson. She was raised in Sumter attending school there. She spent a lot of time at Myrtle Beach while growing up.

In 1967 she moved to California and where she met her husband, Homer Hunsberger. In 1967 they moved to Everett, WA and a short time later moved to St. Stephens, WY where they made their forever home. They raised their family while ranching in the area. Dot loved working alongside of her husband, branding, haying, gardening, and fishing.

She was an active member of the Hillcrest Baptist Church in Riverton. She loved her church family and was strong in her Christian faith.

While ranching she also worked as the manager of the Covered Wagon Drive Inn where her daughters worked with her.

She loved spending time with her family, especially during the holidays. Her children said that the meals she prepared where out of this world. Her grandchildren and great grandchildren were the highlight of her life.

She was preceded in death by her parents, brother, Junior Johnson; and sons, Frank Lorick and Rocky Hunsberger.