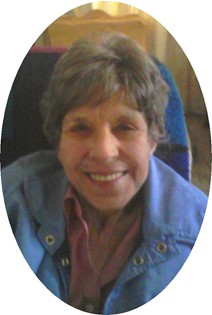 Dorothy Dewey was born on November 16, 1935 in Verdel, NE to Elmer Frank and Cecelia (Suverkrubbe) Dewey. She lived in Maryland, New Mexico, and Nebraska before moving to Riverton where she attended schools and graduated from Riverton High School.

On October 31, 1979 she married her husband, Kenneth Myers, in Thermopolis, WY.

While raising her family she worked full time at the hospital as an EKG technician and a nurse’s aide. She later became a business owner of a local bar which she ran until her retirement.

She loved her children, pets, painting, stitchery, logical puzzles, and knitting with her sister.

She was preceded in death by her parents, Elmer and Cecelia Dewey; brother, Darrell Dewey; and sister, Ruth Carr.

Memorials may be made to PAWS for Life or Help for Health Hospice Home in care of Davis Funeral Home, 2203 West Main Street, Riverton, WY 82501.

Funeral services under the direction of Davis Funeral Home.