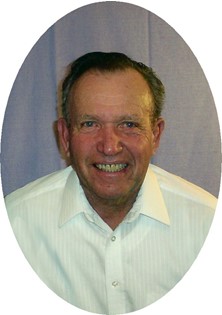 Lifelong Lander resident Donald Francis Hornecker passed away on April 22, 2017. A Funeral Service will be held 10:30 a.m., Friday, April 28, 2017 at the First United Methodist Church in Lander, Wyoming with Pastor Mark Calhoun officiating. Interment will follow at Mount Hope Cemetery. A visitation will be held 9:30 a.m. until service time at the church on Friday.

Don was born to John Martin and Mary Jeanette (Doane) Hornecker on June 22, 1936. He was raised on the family ranch on Squaw Creek, the youngest boy and second to youngest child of a family of 8 children. Growing up on the ranch fostered a lifetime love for the ranching lifestyle.

Don graduated from the Fremont County Vocational High School in 1953. He and a close friend worked the oil patch in Jackson Hole for a while out of high school. He also attended Casper College for a year, but his heart was in the Lander Valley and he returned to help on the family ranch.

Don met Shirley Delozier in Lander and they were married on Friday, December 13, 1957. He thought she was the cutest little gal he had ever seen. Despite starting their married life on such a date, the marriage lasted until his death 60 years later. In 1960, Don and Shirley purchased 380 acres of the family homestead. Don built their home on the land, and they proceeded to raise two daughters, Pamela and Kathy. Their ranch was known as The Squaw Creek Angus Ranch and they specialized in registered Angus cattle. Don and Shirley lived on the ranch until their retirement last year.

Throughout his life, Don worked on the ranch and did carpentry as well. He was well known for his finish work and easygoing manner on the job. He was also a registered representative for ABS and did AI work throughout the state. The ABS job allowed him to indulge in his love of traveling the state and meeting new people. In his later years, Don worked at the Lander Ace Hardware. He enjoyed the work, meeting people and helping them figure out the best tools for the job.

One of Don’s later passions included photography. He especially loved to take photos of old barns and buildings while he toured the state for his ABS job. As a young man, he learned to play guitar on his old Gibson and loved to sing and play for his family and friends. Years later, this developed into a joy of singing karaoke – he was well known in Lander for singing the old country and honky-tonk songs and would frequently receive requests from the audience to sing their favorites. Time spent riding for cattle in the mountains remained some of his fondest memories, as did teaching his grandchildren to fish – both in Squaw Creek and in the mountains as well.

He was preceded in death by his parents, John and Mary Hornecker; brothers, Albert, Ralph (Pooch), Jack, and Kenneth (Kink) Hornecker; and sisters, Jean Irvine and Betty Mae Mathison.

His stories, songs, and the twinkle in his eye will be sorely missed, but it was time for the cowboy to ride away.