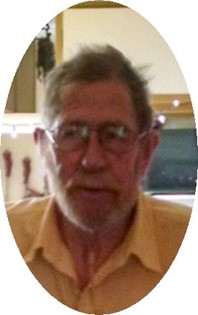 Frank Lee Hughes was born June 19, 1941 in a coal camp in Gebo, Wyoming to Harold and Lillian (Morgareidge) Hughes.

He was preceded in death by his parents, Harold and Lillian Hughes; sisters, Fae Hughes Benedict and Irene Hughes McVay.

Frank enjoyed fishing the Beartooth Mountains, demolition derbies, four wheeling, old car restorations, his gold claim “taint easy” with his friends and wife. He also enjoyed having coffee and sharing stories with his friends. His family said he had a sense of humor and shared many stories with folks who listened.

He worked in the oilfields of Wyoming-Rigging, drilling and consulting. He also drove truck hauling cars, and working for Havens Trucking in New Mexico, team driving with his wife for Schneider Trucking and witnessed the terrorist attack of September 11, 2001.