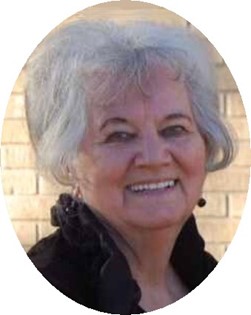 Guestbook 17
Donna Gard, 85, of Riverton, died peacefully at her home Thursday, June 8, 2017. A viewing will be held at the Riverton Chapel of the Church of Jesus Christ of Latter-day Saints (4th and Elizabeth Street) on Saturday, June 17, 2017, at 9:00 am. The funeral will follow at 10:00 am in the chapel with interment at the Mountain View Cemetery.

She married the love of her life Philip Wendel Gard on October 22, 1950, in Lander Wyoming and cherished 45 years together until he passed in 1996. Their marriage was solemnized in the Idaho Falls Temple on September 9, 1955.

She joined her husband in the service during the Korean conflict and moved to Cheyenne, Wyoming, where their first three children were born, Christine, Michael, and Richard. Amy, the fourth of her children, was born in 1975, in Lander.

After the service, their family returned to Fremont County where they started a construction business and settled in Riverton. Donna worked as a bookkeeper and secretary for Hettinger and Leedy Law, Utah International Uranium, and Lucky Mc Mining and as the personal secretary of the first President of Central Wyoming College, Walter Palmberg. Her greatest satisfaction was working with her husband at Gardcrafted where she was able to work with all four of her children until her passing.

Donna shared many talents and occupied her time bringing light and love through her skills of healing, knitting, and crocheting. She was an artist, a poet, a teacher, a devoted companion, a wonderful mother, grandmother, and friend.

Most of all she loved her family and was proud of them. She provided them with encouragement, confidence, strength, comfort, acceptance, peace, and faith. She was a contributor in every way, from Little League, 4-H, social and political organizations, a Daughter of the Utah Pioneers, and a member of the Mayflower Compact.

She was a lifelong and active member of the Church of Jesus Christ of Latter-day Saints. She was one of the original members in the area, serving in almost every available calling.

She was proceeded in death by her parents, Harold and Artie Farthing, her husband of 45 years, Philip W. Gard, sister, Alice Adams, and granddaughter Meadow Hernandez.