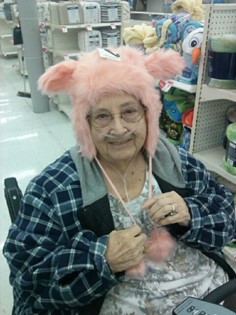 Guestbook 0
Artis Smith, 84, of Riverton, died on Tuesday, June 13, 2017, at the Wyoming Medical Center in Casper. A family memorial service will be held at a later date.

Artis Esther Pierce was born on April 26, 1933 in Ogallala, NE to John Ray and Mable (Osborn) Pierce. She grew up in Nebraska with her fourteen brothers and sisters.

In 1953 she married Otis Smith in Nebraska. They lived in Nebraska before moving to Casper, WY where they lived for eighteen years then moved to Riverton, WY in 1971 and made it their forever home.

She worked for Brunton and DH Print for many years. She retired from DH Print in 1996.

She enjoyed puzzles, reading, fishing, and gardening. She was a member of the Riverton Veterans of Foreign Auxiliary.

She was preceded in death by her parents, John and Mabel Pierce; husband of 28 years, Otis Smith; sons, Frank Smith and John Smith; grandson, Leroy Hoster; and thirteen brothers and sisters.