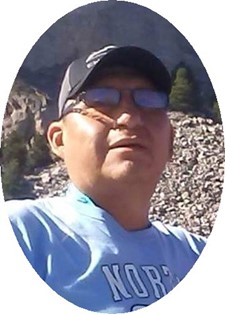 Marcus Stephen Gardner, Sr. was born on October 14, 1969 in Riverton, WY to Isaac and Margaret (Washington) Jenkins. He was given his Indian Name of “Rising Sun”. He grew up in the Arapahoe area and attended schools at St. Stephen’s. He lived his entire life on the Wind River Reservation.

He was baptized into the Catholic faith and attended St. Stephen’s Catholic Church.

He was a journeyman electrician for Hoffman Electric in Riverton, WY. He also had worked at the Northern Arapaho Tribal Housing as a Laborer.

He enjoyed attending Pow wows, hanging out with family and friends, traveling, going on trips, spending time with his sons, daughter, and granddaughters.