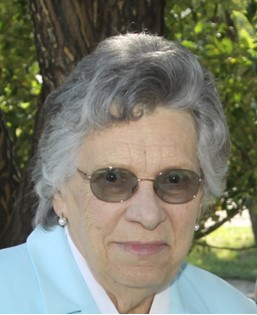 Guestbook 5
Funeral services for Mildred “Mickie” (Clark) Long, 88, will be held on Wednesday, Sept. 13, 2017 at 10:00 a.m. at Davis Funeral Home with Pastor Dale Adams officiating. Interment will follow at Lakeview Cemetery in Shoshoni, Wyoming. Memorial contributions to the Shoshoni Senior Center would be appreciated in care of Davis Funeral Home.

Mrs. Long passed away on Sept. 7, 2017 at the Thermopolis Rehabilitation and Wellness.

She was born on May 3, 1929 in Interior, South Dakota, daughter of Henry and Bessie (Wetherell) Clark.

Mildred graduated high school in Belle Fourche, SD. In 1947 she Married Ralph Braddock and they made their home in the Bear Lodge area of northeastern Wyoming. In 1956 they moved to Fremont County, eventually settling in Shoshoni in 1957. They later divorced.

On April 16, 1965, Mildred married Orval L. Long in Casper, WY. Later that year they moved to Lewistown, Montana and remained there until 1968 when they moved to Gillette. In 1976 they moved to Casper. In 1979 they moved back to Shoshoni, where she remained until her death. Prior to her marriage to Orval Long, Mildred worked as a Bookkeeper at Curt Kaiser’s Shoshoni Garage. After their marriage she assisted Orval as Bookkeeper for L&L Production, which he co-founded with his brother. On their return to Shoshoni, they opened and ran the Shoshoni Restaurant and Bowling Lanes which they ran until Orval’s death in June, 1984.

Mickie enjoyed playing bridge, was a member of the local Christmas Club and was a past member of the Eastern Star and VFW Auxiliary.

Mrs. Long was preceded in death by her husband, parents and sister, Phyllis Reynolds and nephew Kevin Marble.