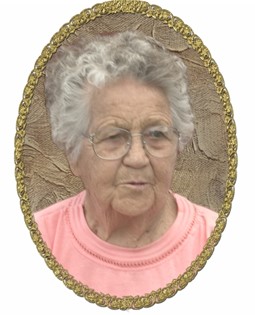 Pearl Elizabeth Chambers was born December 10, 1920 in Bayard, Neb., the daughter of John Albert Chambers and Ina Pearl (Pullen) Chambers. From Bayard, she moved with her family to Midwest as a child, then moved to the Riverview area in the 1930’s.

On February 22, 1942, she married Alexander Heil in Riverton. Mrs. Heil was a homemaker, helping her husband on the farm. They farmed until 1977, at which time they moved to Riverton. They continued to help their children on the farm for several years. Later, they spent winters in Arizona for many years.

Mrs. Heil was a member of the Trinity Lutheran Church.

She was a member of the Riverview Women’s Club for 60+ years.

The family said she enjoyed crocheting, crafts and flowers, and spending time with her grandchildren and great grandchildren.

Memorial donations may be made to Trinity Lutheran Church or a charity of the donor’s choice, in care of the Davis Funeral Home, 2203 W. Main, Riverton, WY 82501.