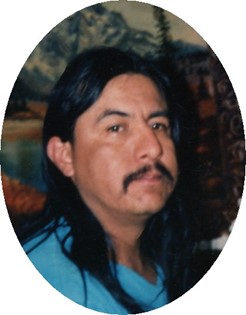 Guestbook 2
Chris “Little Chris” Chavez, 60, of Riverton passed away on Saturday, December 16, 2017. There will be a viewing held on Thursday, December 21, 2017 from 10:00 am to 12:00pm at Davis Funeral Home. Cremation will take place after the viewing. Inurnment will take place in the Spring of 2018 at the Whiteplume Cemetery.

Chris Karlos Chavez was born on September 30, 1957 in Riverton, WY to Christobal and Vera (Buckman) Chavez. He grew up in Fremont County and attended schools in Riverton.

He lived the majority of his life in Riverton except for 12 years he spent in Colorado. He returned to Riverton to become the caregiver for this dad. While in Colorado he worked as a carpenter.

He liked to fish, walk in the mountains, camp, and hunt. He was very family oriented and loved being around his family. His family said he was a good listener, he also like to be goofy and joked with them a lot.

He was married to Susan Murphy and together they had one daughter, Myra.

He was preceded in death by his grandparents, Aurelia and Trinidad Chavez; Bill and Ruth Buckman.