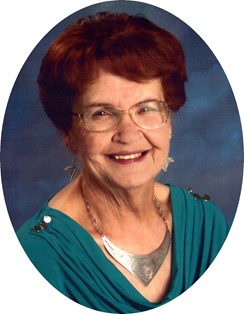 
Theresa Eileen “Tess” Piercy, 82, of Riverton passed away Saturday, December 30, 2017 at her home. A Viewing will be 5:00 – 7:00 p.m., Thursday, January 4, 2018 at the Davis Funeral Home. Funeral services will be 10:00 a.m., Friday, January 5, 2018 at the United Methodist Church with Pastor Echo Klaproth officiating and rites by the BPO Does #48. Burial will follow at the Mountain View Cemetery. A reception will follow at the Riverton Elks’ Lodge.

Theresa Eileen was born, July 8, 1935 in Riverton to Lawrence and Ruth Blomberg. She was a lifelong resident of Riverton graduating Riverton High School in 1953.

She was an operator for Mountain Bell where she met her future husband Dale R. Piercy. The couple married March 29, 1957 at the United Methodist Church in Riverton.

She owned and operated the Koffee Kup Café from 1971 – 1984 with her mom in Riverton. She was also a Fremont County Sheriff’s Office dispatcher from 1985 – 1996. From 1997 – 2005 she was a location manager during the summer months for the Roosevelt Lodge in Yellowstone National Park.

She was an active member of the BPO Does #48 and the local chapter Soroptimist International.

Her family said she enjoyed bowling, traveling, sewing, and time visiting with her family and friends.

She was preceded in death by her husband, Dale; parents, Lawrence and Ruth Smith; sister, Lois Reece; nieces Ruth Nelson and Theresa Clarke.

Services are under the direction of the Davis Funeral Home. .