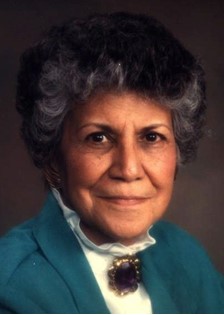 Ida Hernandez was born in Riverton on March 8, 1923, the daughter of Joseph and Christina (Aragon) Hernandez. She grew up in Riverton and married Reynaldo Sisneros in 1948 in Riverton.

Mrs. Sisneros was a member of St. Margaret’s Catholic Church.

She was a foster grandparent and a teacher’s aide at Arapahoe Indian School.

The family said Mrs. Sisneros was an avid bingo player, and enjoyed doing crossword puzzles, traveling with her family and living life to it’s fullest.

Memorial donations may be made to Davis Hospice Center in Cheyenne, in care of Davis Funeral Home, 2203 W. Main, Riverton, WY 82501.