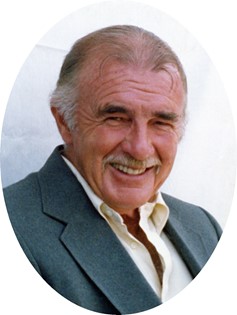 Guestbook 4
Gerard “Gary” Shoemaker died quietly in his sleep on January 19, 2018 from complications following a stroke. He was surrounded by friends, family and his chocolate lab, Brandy. He was 92 years old.

Interment will be 2 p.m. on Monday, Jan. 29 at the Dubois Cemetery. A memorial service will follow at the Ramar Brown VFW Post 10056 at about 2:30 p.m., which will include a light meal.

Mr. Shoemaker came to Dubois with his parents and younger sister when he was four years old. He attended school in Dubois until the end of his junior year in 1941 when his father accepted work with defense construction contractors, at which time the family left Dubois.

He completed high school in Sioux Falls, SD. Two years later, when he was 18, he joined the U.S.?Army and served in the infantry in Europe. While there, he was awarded a Purple Heart and a Silver Star for exceptional valor and bravery, which was his proudest accomplishment.

After being wounded, he was returned to a hospital in California and was subsequently discharged in 1946.

He then attended San Jose State College in San Jose, where he majored in police administration and received a bachelor’s degree in 1950. He later attended Fresno State College for one year of graduate study. In 1950, he accepted employment as a deputy sheriff and later as chief coroner investigator for San Mateo County, Calif. In 1956, he accepted a position as a special agent in the California Department of Justice and was assigned to the narcotic bureau in San Francisco. After working in various areas of California, he was promoted to field supervisor in the Orange County office and, in 1967, to supervising special agent of the Los Angeles area office.

In 1974, he was appointed to a temporary training assignment for one year as chief of the department’s organized crime and criminal intelligence bureau. Upon completion of that assignment, he returned to Los Angeles as supervising special agent in charge of the narcotic bureau. He retired on May 1, 1981 after 25 years, at which point he returned to Dubois.

He was a master flower gardener and people came from all over to see his flowers in the summer.

He served as a Fremont County commissioner, chairman of the Fremont County Republican party and as municipal judge in Dubois when it had its own police department.

For part of his life, Mr. Shoemaker was an avid hunter, but as he got older and owned four Labrador Retrievers that he loved one after the other, he kept getting softer and in the end, he fed little critters on his back porch.

Memorial donations in his name may be made to the Duffy Fitness Center Expansion Fund, P.O. Box 1203, Dubois, WY 82513.