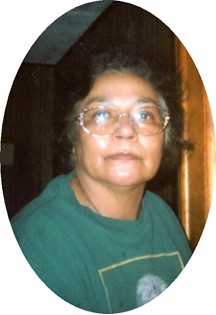 Mary Theresa Hanway was born on September 6, 1942 in Arapahoe, WY to Ernest C. Hanway, Sr. and Nellie (Duran) Hanway. She lived in the Arapahoe area and attended St. Stephen’s School until she was sixteen years old when she moved to Seattle, WA for the next ten years.

She was baptized into the Catholic faith and was a devout member of St. Stephen’s Catholic Church. She also had strong beliefs in the Native American Church and the Native ways.

While in Seattle she earned her Bachelor’s degree in Social Work from the Seattle University. She worked in the Social Work field for over 50 years in Colorado, Montana, Washington, and Wyoming. When she came home to the Wind River Reservation she made it her mission to help the local tribes and spent 37 years working as a Social Worker for the Northern Arapaho Tribe.

She loved being with her family and especially all her grandchildren and great grandchildren, cooking, and attending ceremonies. She was always helping people and was a strong advocate for children and anyone in need.