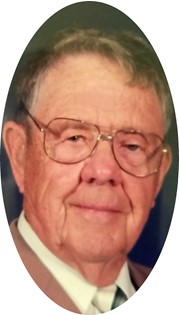 Guestbook 6
Harold William York, from Riverton, Wyoming passed away in Casper on Sunday, February 11, 2018 at the age of 90. Cremation has taken place with a celebration of life to be held on June 22, 2018 at the Davis Funeral Home in Riverton. This will include a full military service starting at 2pm with a reception to follow.

Harold was born on October 28, 1927 in Chalk Butte, Montana as youngest of five children to Margret I. (Richards) York and James C. York. He attended first grade in Chalk Butte in a one room country school. In 1934, the family moved to Kelso, Washington where Harold attended second through twelfth grade.

After graduation in 1945, he joined the Merchant Marines and began training at Catalina Island located off Los Angeles, California. He shipped out on a T 2 tanker which journeyed through the south Pacific, back through the Panama Canal, down to Venezuela and then up to Philadelphia. In 1946, Harold received his draft notice and joined the Army Air Force. After basic training was completed in Denver, Colorado, he was shipped to Japan and then onto Korea. He was discharged in 1948. Harold attended Chicago Tech in 1952 for one year. He moved to Los Angeles, California in 1955 where he met and married Dorothy Dickenson on September 2nd of that year. Harold and Dorothy moved to Riverton in 1960, where he was in a service station business for a short time before working for Susquehanna Western Uranium processing plant. In 1964, Harold went to work for the Wyoming Highway Department. In addition, he worked as a U.S. Mail contractor. After retiring in 1987, Harold and Dorothy traveled for some time while living in Washington and Nevada. They moved back to Riverton in 2006 where Harold was actively involved in the Veteran’s organizations.

He was preceded in death by his parents, two brothers and his two sisters.

Online condolences may be made to the family at www.TheDavisFuneralHome.com

In lieu of flowers, memorials may be made to the Veteran’s or the Senior Center in Riverton.