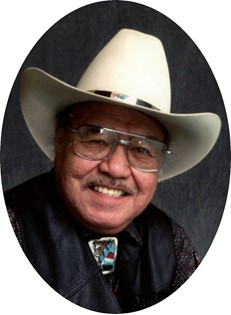 He was born on July 25, 1939 in Fort Washakie, Wyoming, son of Benjamin and Pauline (Underwood) Warren.

He attended school at St. Stephen’s Mission and Berkley, CA.

Robert enlisted with the Wyoming National Guard on November 10, 1964 in Riverton, WY. He was with the Battery C 3/49th Arty. He was honorably discharged on April 5, 1965.

Robert was an active member of St. Stephen’s Catholic Church serving as an Altar Boy and Acrolite for over 60 years. He was a Fork Keeper, “Dog Dance”, maker of Arapaho Ceremonial Regal, Sundance, Pow-Wow, Sundancer, Dog Dancer and Traditional.

Robert was quite the practical joker of One, Janet Potter, Lonesome Dove, Capt. Call-n-Capt. McRay-Quetoir.