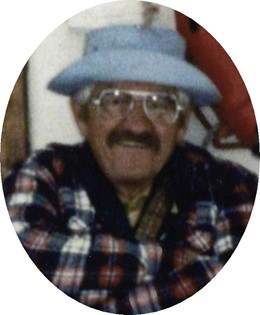 Guestbook 27
A Memorial service for Jimmie “Jim” Robert Phillips, 83, will be held at 10:00am on Monday, March 5, 2018, at the United Presbyterian Church with Dr. Reverend Thea McKee officiating. He died on February 24, 2018 at his home in Riverton surrounded by his loving family. Cremation has taken place.

Jim was born on June 12, 1934, the son of John Robert and Lula Louise (Clark) Phillips in Cardwell, Missouri.

He married Vivian Day-Taylor on September 5, 1981 in Las Vegas, NV. They had 37 great loving years together.

Jim served in the U.S. Army in Germany from 1957 to 1958 when he was honorably discharged.

Jim served with the Riverton Volunteer Fire Department from March of 1965 to September 26, 1979 when he retired. He was known as the Chief Cook “Hopsing”.

Jim was co-owner of Logan Packing until 1982 when he sold his portion. He was known to give any kid that went into Logan Packing a hot dog and smile with a sparkle in his eye that made you think you were special, and in his eyes you were. Not one to sit still he started selling cars for Gary Brodrick and later for Lloyd Nielson and finally retired in 1996.

Jim enjoyed fishing, boating, ice fishing, and smoking fish. He loved woodworking and making special pieces for family and friends that were always made with love. He and Vivian enjoyed walking all over town and the mountains when they would go to their cabin at Atlantic City.

He was preceded in death by his parents, John and Louise Phillips and his sisters, Opel Baugas and Wanda Dickson.

In lieu of flowers, the family asks memorials made to the Help for Health Hospice Home in care of the Davis Funeral Home, 2203 W. Main Street, Riverton, WY 82501.