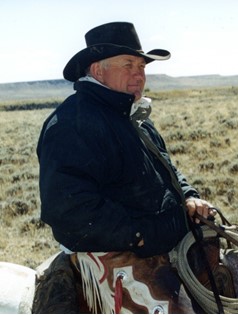 Guestbook 9
John D. Gordon, 64, of Kinnear passed away Thursday, March 1, 2018 at his home. Cremation has taken place and a Celebration of John’s life will be 11:00 a.m., Saturday, April 7, 2018 at the Fremont Center at the Fairgrounds in Riverton.

Johnie Dale Gordon was born June 12, 1953 in Riverton, Wyoming to Stanley Russell and Pauline Helen (Rodgers) Gordon. He grew up in Fremont County going to high school in Lander. On February 5, 1972 he married Cindy Ann (Hollings) Gordon. The couple had three children.

John lived in Fremont County most of his life but lived in the Thermopolis and Farson area as well. He worked for U.S. Steel, Hot Springs Co. Road, Cork Petroleum, and Little Sandy Grazing Association.

His family said he enjoyed ranching and cowboying. He loved to play his guitar and sing gospel songs.

The couple attended Sunnyside Church of the Nazarene and The Gathering Place in Riverton for many years.

He was preceded in death by his parents, Stanley and Pauline; grandparents, Clara and Chet Gordon and Paul and Rachel Rodgers; and two nephews.

Memorials may be made to the Frontier Hospice in care of Davis Funeral Home, 2203 West Main Street, Riverton, WY 82501.