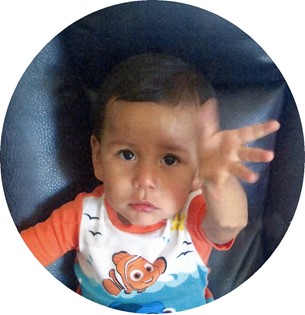 Victor Jr. was here a short time touching many hearts. He enjoyed his father singing to him, playing with his toys, and he always had his basketball in his hands. He loved playing with all his siblings and going to the park and taking walks.