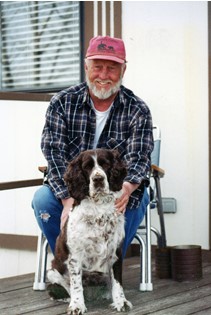 Guestbook 3
George “Neal” Etherton Jr., 78, of Riverton, WY, passed away on March 13, 2018, at Wyoming Medical Center, after multiple illnesses he and his family battled, for the last 10 years.

Neal was born on September 8, 1939 in Glendale, CA to George Neal Etherton, Sr. and Lea Mae (Rhoades) Etherton. He attended Inglewood High School in Inglewood, California, and graduated in 1957. Upon graduation, he went to work at the former Ma Bell/Pacific Bell phone company as a lineman, an installer, and then moving into the office sector of the company. He was a dedicated employee of the phone company, for 38 years. On October 30, 1960, he married his beloved wife Georgine, in Inglewood, CA. They lived in Redondo Beach and Anaheim, CA, where they raised their family. Drums and playing the trumpet were two things he enjoyed and was so proud of. He coached Little League and Pony League baseball, trained young people with shooting, and he loved animals. In 1995, they moved to rural Riverton, WY upon his retirement, where he enjoyed his many hobbies, which included hunting and his favorite, fishing. He also was very active with horses and cattle on their property outside of town. He had an amazing sense of humor, told the best jokes, and had the ability to make anyone laugh.

No services are scheduled.