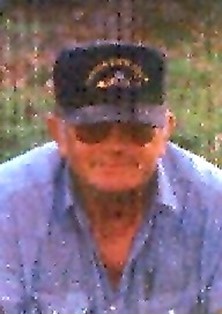 He was born on January 10, 1937 in Worland, Wyoming, son of Robert Edward and Mary Helen (Moore) Caines. Tom was raised in Basin and lived there until he married Pennie Kay Pearson on April 17, 1957 in Billings, MT. The couple resided in Powell Wyoming for over 40 years before moving to New Mexico and Arizona. Tom worked in heavy construction until his retirement and relocation to Maricopa, AZ. The couple relocated to Shoshoni, WY in 2001.

Tom owned 9 German shepherds throughout his life but his last one, Bear, has been a loving companion. He enjoyed carpentry, guns, mechanic work, wood work, and made beautiful pottery. He also liked to spend time outdoors gardening, hunting, fishing, and camping, along with riding motorcycles and boating.

Survivors include his wife, Pennie of Shoshoni; daughters, Joni and her husband, Mike Oswald of Billings, MT and Terri and her husband, Steve Moran of Powell, WY; brother, Donald Caines of Powell, WY; grandchildren, Kate Oswald, Tom Moran, and Kyle Oswald; numerous nieces and nephews. He was preceded in death by his parents, Robert E. Caines and Helen Findley; grandson, Zeb Sand; brothers, Ronald and Robert and sister, Carol.