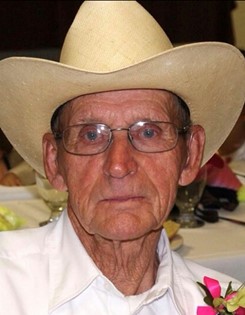 Richard James May was born on January 27, 1928 to Jay Meeks and Clarinda May in Burris, WY.

He was married to the late Peggy Lenore Nowlin and they had four children together.

He was a hunting and fishing guide in the Dubois and Jackson areas. He went thru an Apprentice Electrical Program and was a linemen for REVA before going to work in the Uranium, Steel, and Coal industries for years. His last job was the Irrigation Supervisor at Crowheart before he retired and made Riverton his home.