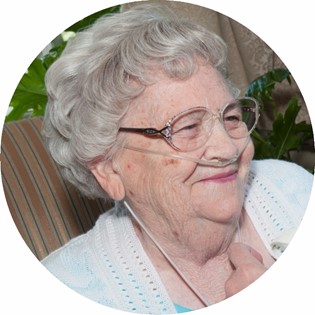 Guestbook 6
Phyllis Nadine Brown, 84 of Shoshoni passed away on Saturday, May 5, 2018 at Wyoming Medical Center, Casper, Wyoming. Funeral services will be at 2:00 p.m. on Thursday, May 10 at the Davis Funeral Home. Pastor Echo Klaproth is officiating. A luncheon will be at 4:00 p.m. at the Shoshoni Senior Center.

Phyllis was the oldest daughter of Henry S. and Hazel (Shepard) Menning. She was born in Onida, South Dakota on November 28, 1933.

Phyllis attended country schools in Hand County. She grew up in Ree Heights. Many of her life’s highlights happened there: attending and singing in the choir at the Community Church, graduating from high school, and her marriage to Mike Bradley in 1952. After their marriage, they moved to Missouri and started their family with four children, Hazel, Charles (Chuck), Teresa and Laury. They later divorced. Phyllis met Phil Brown and they moved to the Black Hills of South Dakota, later settling in Shoshoni in 1970. Phil and Phyllis would travel to Nevada and Arizona to escape the cold Wyoming winters. They then went their separate ways. Phyllis cooked at the old Shawver Hotel, Desert Inn and the Wrangler Café in Shoshoni. She then changed careers and became the Deputy Clerk at Shoshoni Town Hall, retiring in 2011. Phyllis relished fishing and camping in the mountains, gardening, beautification projects at the Lake View Cemetery, bowling at the Shoshoni Lanes and having fun at many of the Senior Center activities: potluck dinners, dances, bingo and ceramics with her friends. Phyllis fondly remembered the heyday years of Shoshoni. She volunteered at the Fiddler’s Contests and Fishing Derbies. She enjoyed taking part in the Fireman’s Auctions, One Shot Deer Hunt, Fire Department’s Antelope Steak Fry, and Community Thanksgiving Dinners. With the encouragement of Town Councilman, Pat Collins, Phyllis was one of many who helped to establish the Shoshoni-Lysite Cemetery District. She was continually elected and served on the district’s board beginning in 1994.

Phyllis was deeply honored to have been chosen as a past Shoshoni Citizen of the Year. She was an amazing and caring person, who Shoshoni will always remember.

In lieu of flowers, donations may be made to the Shoshoni Senior Center P.O. Box 27 Shoshoni, WY 82649. Condolences may be shared at thedavisfuneralhome.com website.