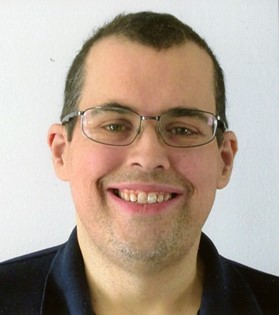 Guestbook 13
Memorial services for Kevin Tyler Jones will be held on Friday, May 25th at 2:00 pm at St. John Lutheran Church, 606 N. 8th Street West, Riverton. Kevin passed away Friday, May 11th at the Help for Health Hospice Home

He attended Jefferson and Ashgrove Elementary Schools, Riverton Middle School, and Riverton High School through his Freshman year when the family moved to Rapid City, SD. He graduated from Stevens High School in 1994. He attended Black Hills State and was employed at Mt. Rushmore during the summers and then full time. He moved to Glenwood, Minnesota in 1998 and attended Alexandria Technical College and graduated in Computer Programming. He was employed by Walmart for the past 15 years.

Kevin loved sports and his favorite teams were the Minnesota Vikings, Minnesota Twins, Wyoming Cowboys, Minnesota Lynx, (WNBA), WWE – wrestling. He was an avid sports card collector and great music lover. He played the saxophone and was a member of the high school marching band.

He is survived by his parents, Kurt and Darlene of Riverton, brother, Kyle (Jennifer) of Riverton, nieces Analeigh (Warren Hardwick) of Laramie and Emily of Riverton, grandmother, Patricia Jones of Lovell, WY and numerous Aunts and Uncles and cousins.

He was preceded in death by his grandfather, Donald Jones, and grandparents, William George and Hildur Nelson.

BE AN ORGAN DONOR.