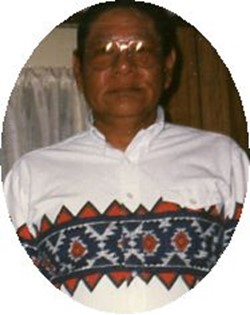 He was born on July 9, 1948, in Clinton, OK, son of Herman Addison and Imogene Howlingbuffalo Lincoln. Dennis grew up and attended school in Canton, OK. He spent the majority of his life living in Oklahoma and Wyoming.

Mr. Lincoln worked as a foreman, surveyor, heavy equipment operator, and truck driver as well as worked in the oilfield and at the ShoRap Lodge.

He had a great passion for music and loved spending time with his family, especially his grandkids. Dennis enjoyed playing and coaching softball, while sponsoring many teams during his life. He also took much pleasure riding his Harley.

Dennis was a baptized member of the Catholic Church.

He was preceded in death by his daughter, April Rose Lincoln; parents, Imogene and Frank Mosqueda, Sr. and Herman Addison: grandparents, Howard and Myrtle Howlingbuffalo; Leroy Lincoln and Wanda Birdshead; and Alta Brawley.