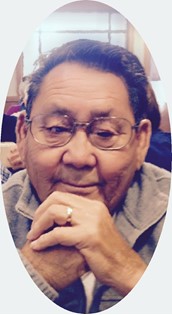 Guestbook 3
Gerald Smith, Sr., 81, of Pacifica, California began his journey to the ancestors on Saturday, May 12th, 2018. Jerry was in Kaiser Permanente Hospital, San Francisco and was surrounded by his family during his final days. True to Jerry's character, he had them smiling and laughing until he took his last breath.

Jerry, whose Arapaho name translates to “Big Heart”, was born in Ft. Washakie, WY on February 2nd, 1937 to Elma Lucy Smith. He grew up on the Wind River Indian Reservation and attended Haskell Institute in Lawrence, Kansas. On May 28th, 1960, he married the love of his life, Elizabeth Sun Rhodes Smith. In 1963, Jerry and Liz moved to San Francisco with their three oldest children. He then began his career as a mason for the city of San Francisco. In 1970, after wearing out a map looking for a place to raise their family, Jerry and Liz drove along the coast and knew they had found home in Pacifica, California.

A diehard 49'ers, Giants, and Warriors fan, Jerry sang country and western songs and played guitar alongside Floyd Westerman. He loved to make people smile and laugh telling his kooky jokes. Jerry was the center of his family's world and will be missed by all who were blessed to know him.

Jerry will be greeted in heaven by his mom, Elma; Minnie & Luke Smith, Sr. and his Neiwoo. Mary Eleanor, Carl, Viola, Chester, Alexander, Luke, Gilbert, Joe, Mary, Irene, Annie, Roy, BillyBoy, Jean and all his loved ones who have gone before him will also be waiting to hear his laughter, see his smile, listen to his jokes, and welcome him home.

Journey well, your work on earth is done, Jerry. Biixoo3e3en.