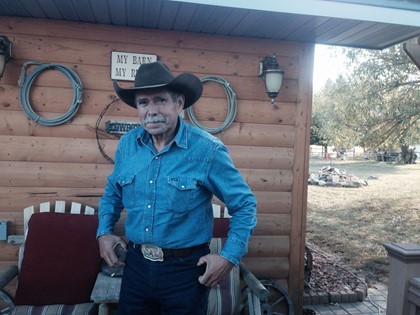 Joe was baptized into the Baptist Faith.

He spent most of his life working on ranches and breaking horses. He had been working as a roofer in Cheyenne.

The majority of his life was spent in the Riverton and also lived in Oregon, Cora, WY and Cheyenne, WY for the last three years.

He enjoyed riding horses, and working with horse hair and leather to make belts, bracelets, headstalls, and hat bands. He was an accomplished horseman.

He was preceded in death by his father, Clarence Joe Walters, Sr.