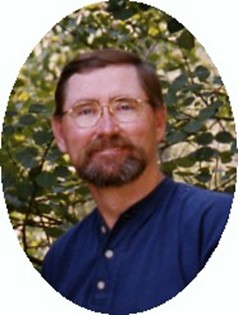 
Doug Pigg Novotny died at his home May 22, 2018 losing a nine year battle of pancreatic and liver cancer.

Doug married his high school sweetheart, Nancy Novotny on January 8th 1977. From that union they had their children Janelle and Jeff. In 2003 the family changed their name to Novotny.

Doug worked as an apprentice electrician for City Electric, Birkhead Electric, Riverton Electric and Intermountain Electric of Riverton. As a journeyman electrician he worked for several local shops and many union electrical shops in Wyoming receiving a vast variety of electrical experience from industrial to residential. He worked several years as a maintenance electrician for Riverton Memorial Hospital and Central Wyoming College. In 1985 he and Nancy opened and operated All Service Electric. Doug managed his electrical shop for 18 years. After closing the business, he became an Electrical Inspector for the State of Wyoming working in Washakie, Park County, Hot Springs County and Fremont County. A few years later he became the State of Wyoming Electrical Plans Examiner which he did in conjunction with his Electrical Inspector’s position. He took disability retirement December 2012.

Doug volunteered in a variety of ways for the community. He was a Little League coach, and assistant coach for Junior Football and Babe Ruth baseball. He installed and donated lighting for the start-up of the Junior Football field. He was a lifelong and retired member of the International Brotherhood of Electrical Workers.

Doug enjoyed fishing, hunting, spoiling his grandsons and riding his Harley Davidson Motorcycle on trips with Nancy. He also enjoyed auto restoration, rebuilding a 1955 Chevrolet pickup and his bright yellow 1969 GTO which he restored from the frame up. Doug enjoyed traveling and was proud to say he saw the United States from border to border and coast to coast.

Memorials may be made to Shriners Children’s Hospital or Saint Jude’s Hospital.