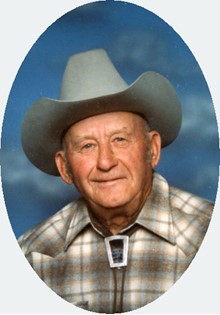 Cary Allen Arner was born on May 10, 1925 in Upton, WY to Uryless Cary and Hazel Lela (Doeman) Arner. He grew up on the family ranch in Upton, WY with his two brothers and one sister.

On July 29, 1949 he married Helen Briner in Billings, MT. Together they raise a son and a daughter. He worked for Texaco from 1956 to 1986 and the family moved to many different places over the years. They finally settled in Riverton in 1986 making it their forever home.

Cary was a rock enthusiast and belonged to the Riverton Mineral and Gem Society. He won numerous awards at the Fremont County Fair for his rock work, jewelry, photography, and painting. He was an avid gardener and enjoyed hunting and fishing.

He is survived by his son, Jim Arner, World Traveler; his children, Krysta, Jim Jr, and Nikki, and his grandchildren, Brandon, Evan, Bailee, and Bridger; daughter, Vicki Nunn and her husband, Jerry, of Fox, MT; their children, Misty, Roxie, and Hallie; and their grandchildren, Garret, McKenzie, Zeek, and Hadley.

He was preceded in death by his parents; wife, Helen; brothers, Eugene and Donal; and sister, Betty.