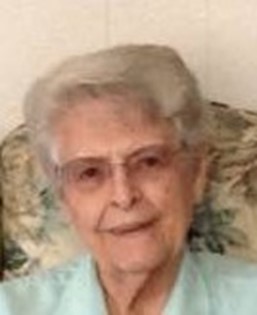 Guestbook 2
Aleta Hancock 86 of Riverton passed away on Monday, June 04, 2018. As were her wishes a private family service will be held.

Aleta Lee Christensen was born on March 4, 1932 in Monterey, California to Harold Q. and Aleen B. (Bigler) Christensen. She grew up on the family farm in Indianola, Utah with her five brothers and two sisters. She attended schools in Sanpete County, Utah.

In 1951 she married Robert Sittre and together they had four children. They moved to Wyoming in 1961 and settled in Lander where they raised their family. They divorced after nineteen years. She later married Warren Hancock and together they owned and ran the Maverick Restaurant and Hotel in Lander. After ten years they went their own ways. She also owned Fashion Crossroads in Lander and Riverton. She later moved to Riverton in 1996 where she resided the last twenty two years.

She enjoyed her family as well as fishing, cooking, crocheting, and was a self-taught painter. She was an amazing seamstress and made all her children’s clothes as they were growing up.

She was preceded in death by her parents, three brothers; LaGrand, Paul, and Karl Christensen and one sister Arcalee Millhollin.