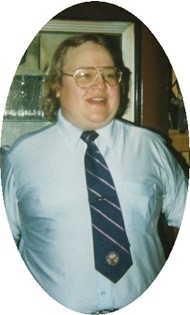 Arthur LeRoy Richards was born on June 19, 1967 in Casper, WY to Calvin Edward and Eva Marie (Walker) Richards. The family lived in Evansville, WY until they moved to Riverton, WY in 1971. Roy attended schools in Riverton, graduating with the Class of 1985 from Riverton High School. He made Riverton his forever home.

Roy was a mechanic and maintenance man that kept everything going. He worked for Central Radiator, Valley Implement, Lander Golf Course and the Riverton Golf Course.

He was a member of the Lander Bowling League, the Riverton Eagles, the Casper Eagles, and the Riverton Elks. He was a Past Exalted Rule for the Benevolent and Protective Order of the Elks Lodge #1693 in Riverton, WY. He enjoyed his time with his fellow Elks and took his positions seriously and proudly.

Roy enjoyed bowling, golfing, racing stock cars, fishing, hunting, camping, and anything outdoors. He love to travel and would go South in the winter to play golf in the warm weather. His family said that he “just enjoyed life” and loved being around family and friends.

He was preceded in death by his father, Calvin Richards; and grandparents, Roy and Edith Walker and Arthur and Lillian Richards.