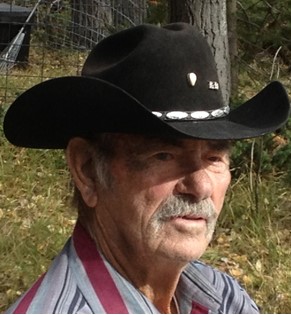 Frank Cady was born in Glenrock, WY on January 25, 1933. His parents were Curtis and Pearl (Richardson) Cady. His father left them when he was 7 years old, leaving his mother to raise 7 kids. He lived in Casper throughout his childhood and graduated from NCHS in 1951. While going to school at NCHS he met Marguerite Seelaus. After high school, they eloped and went to live in Lander.

To provide for his growing family, Frank worked in the oil filed from age 19 to 28. On the job he traveled to places all over the world including South America and Edmonton, Alberta, Canada. He saved his money so he could buy a ranch and provide a better life for his family. They bought a ranch in the Red Canyon just south of Lander and added two more kids to the family making six kids. They lived there for many years. He moved to Kansas to try farming, then worked in Hawaii for a short time, and finally bought an Oklahoma ranch where he stayed for 23 years. There he made a living raising Simmental cattle and harvesting pecans.

The hardest thing that Frank ever went through was when Marguerite was injured during surgery. After staying in Oklahoma for 2 years he decided to go back to his homeland. He built her a house in 2000 outside of Shoshoni, WY with everything she needed to live with her disability. Marguerite died December 31, 2011 at home and Frank died at home on July 21, 2018.

Frank was preceded in death by two brothers, Duane and Berdette.

Memorials may be made to St. Stephen's Catholic Church in care of the Davis Funeral Home, 2203 W. Main Street, Riverton, WY 82501